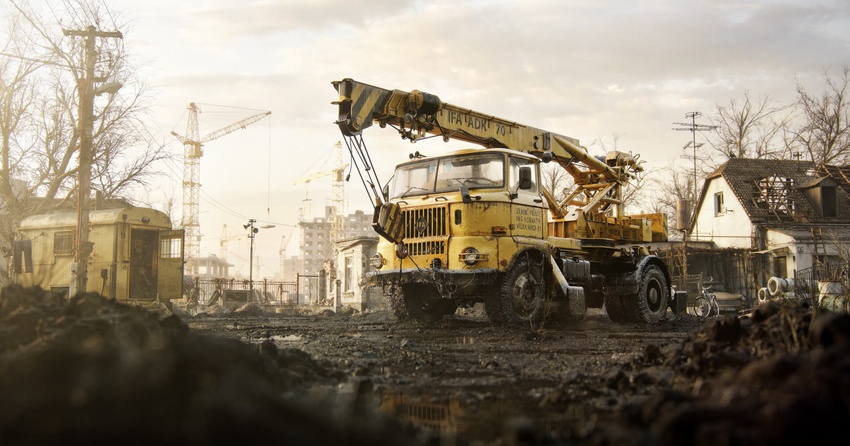 CGS: Well first, how did you begin your journey as a 3D artist, and how did you get your foot in the door professionally?

MH: As a child I liked to build models of railroads on the floor of my room. My dream was to create great and complex scenery with a lot of foliage, hill, buildings and trains. Very soon I figured I would need for it a very large space, in the best case some big hall. I was 10 years old at this time :D .So I left it for later, when i grew up. My next step to become a 3D artist was at time, when I spent most of my free time playing various games like Counter-Strike or Warcraft 3. I started to play with its world editors and I created a very primitives arenas. I liked the possibility to create "very large" scenes with a lot of various in-built assets.

Later I started to play with 3dsmax, it was a very slow start in dark ages without internet connection. All I had was just a 3dsmax help and built-in tutorials and a one translated book about 3dsmax (3D studio Max 4 Workshop from Duane Loose). After a few years of playing with 3D I finished my images Laminatka and later IFA. After graduating at University (Mathematical and computational modelling) I started to find job in CG industry. Those 2 images open my door to CG world and currently I work in a small Slovak 3D studio: Alien studio.

CGS:Is there any particular project that stands out as one that influenced or changed your workflow significantly, and do you still practice this change today?

MH: At every project I always try to do the 3D in a different way. I try different software, methods of modelling, different way how to texture objects, different lighting styles. I want always evolve my workflow and try to do the things more efficient. I am using new method until it is replaced with more efficient method ;) For example in IFA project i used Mari for texturing, and it evolved into using of Substance Painter which became my favorite texturing software at Horehronec project and later. 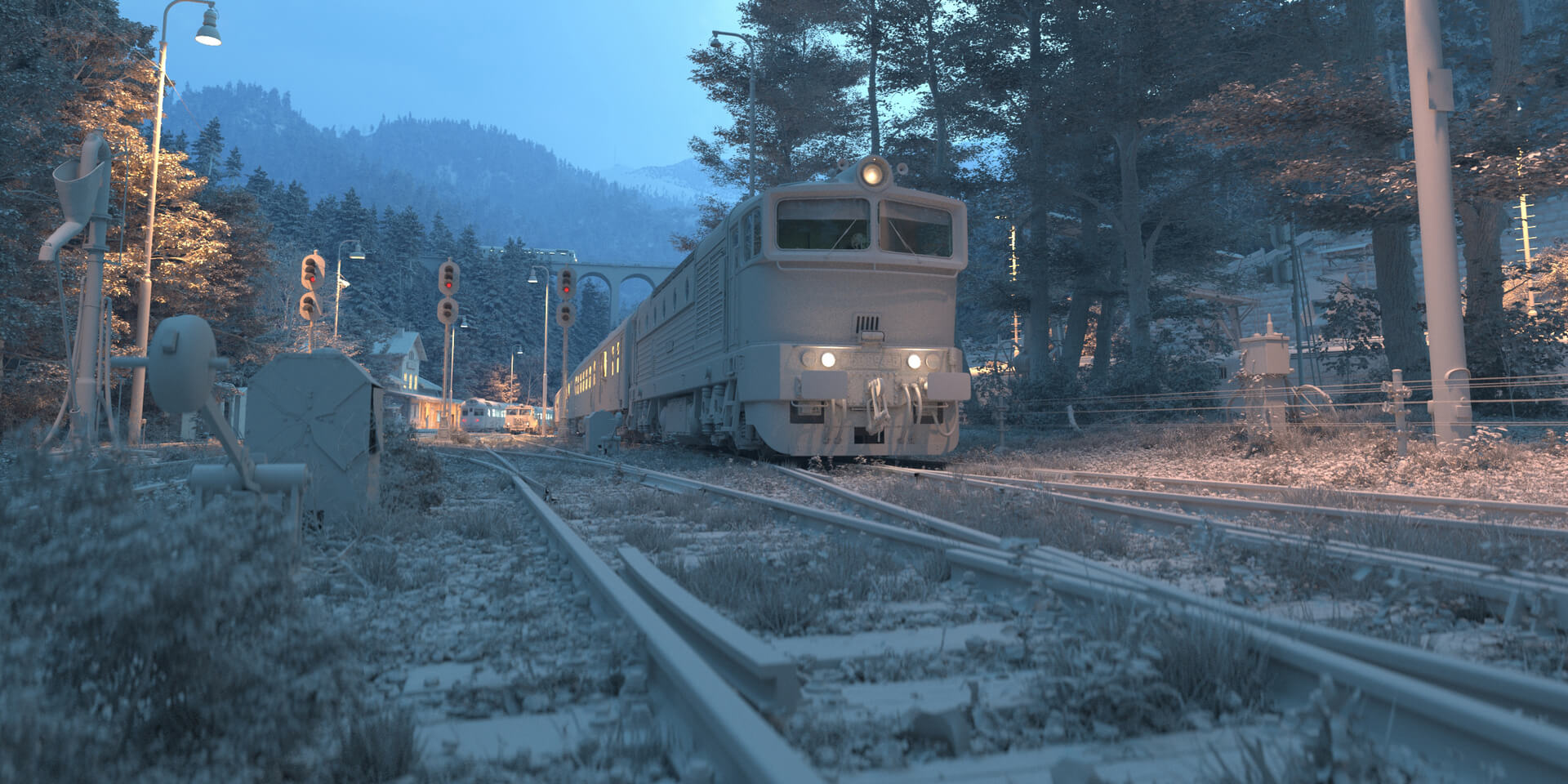 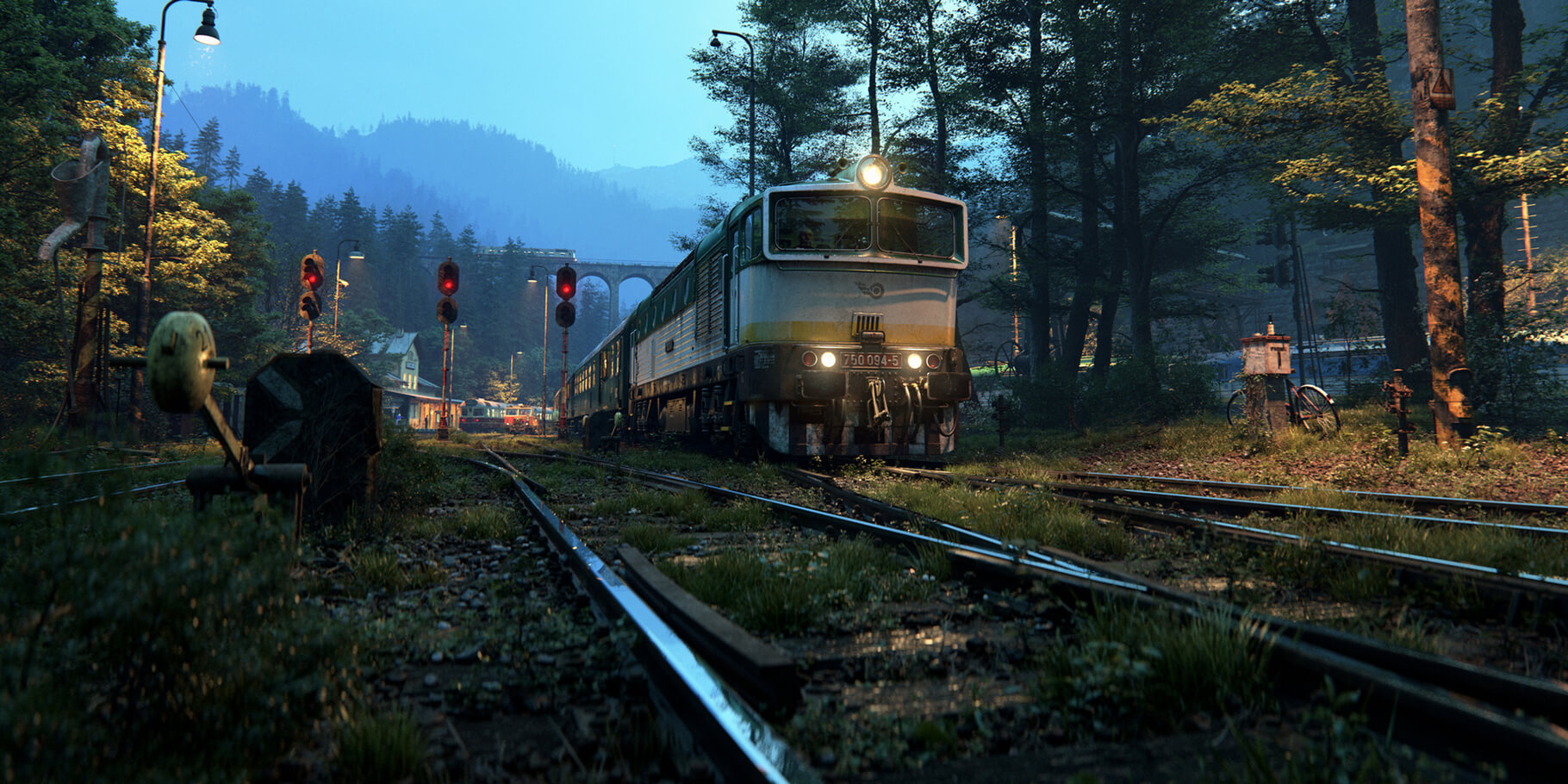 CGS: Okay cool! So to switch things up a bit, what inspired you to create IFA? And what were the first steps you took technically in the process?

MH: The story of this picture begins on one morning journey to visit my girlfriend (now my wife). I noticed, out of the corner of my eye, an old crane in an agricultural society facility. The First step was taking some nice references of this crane. Next step was as usual to find some usable blueprint followed by modelling of IFA crane followed with texturing of crane and creating Vray materials. 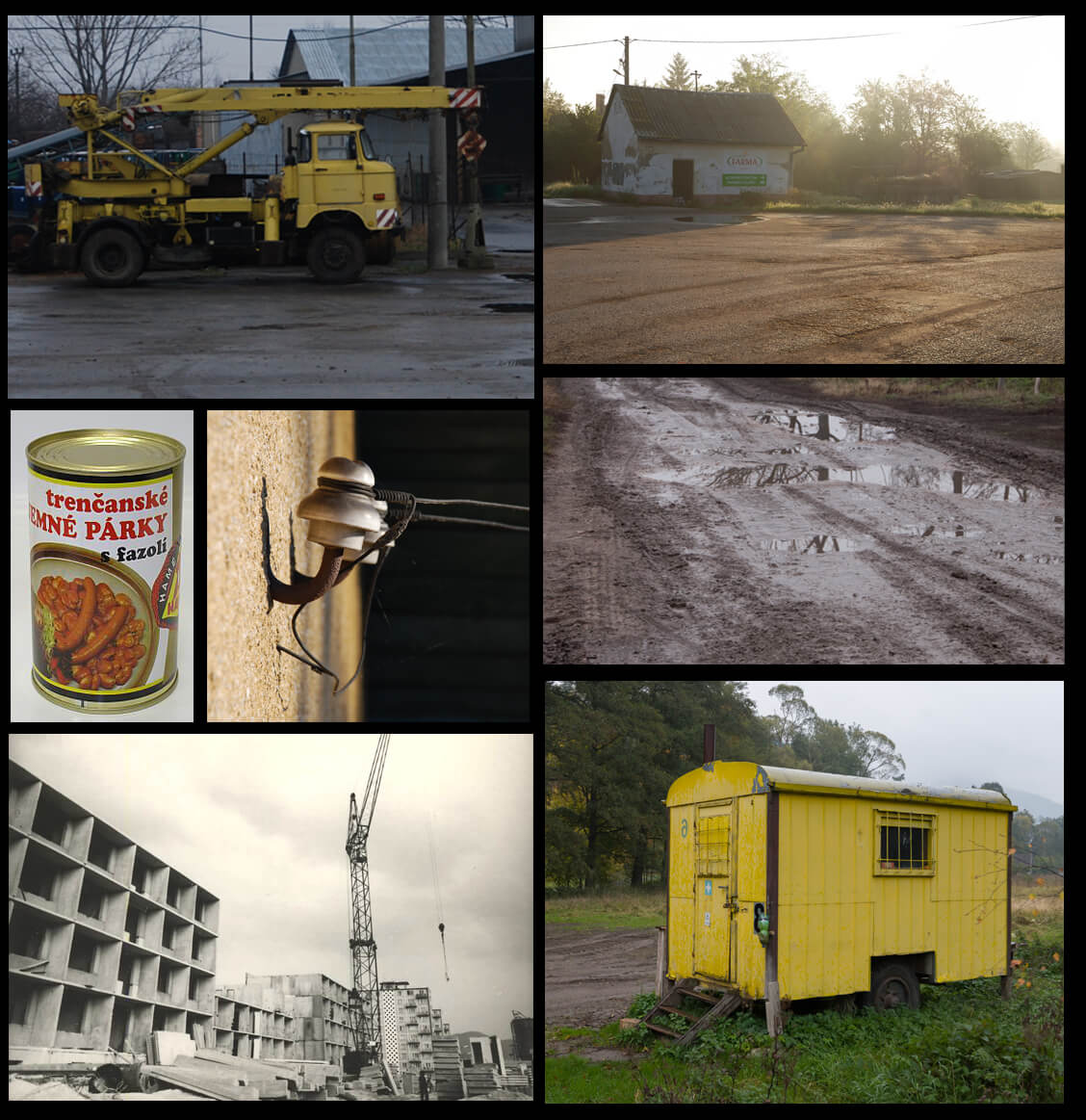 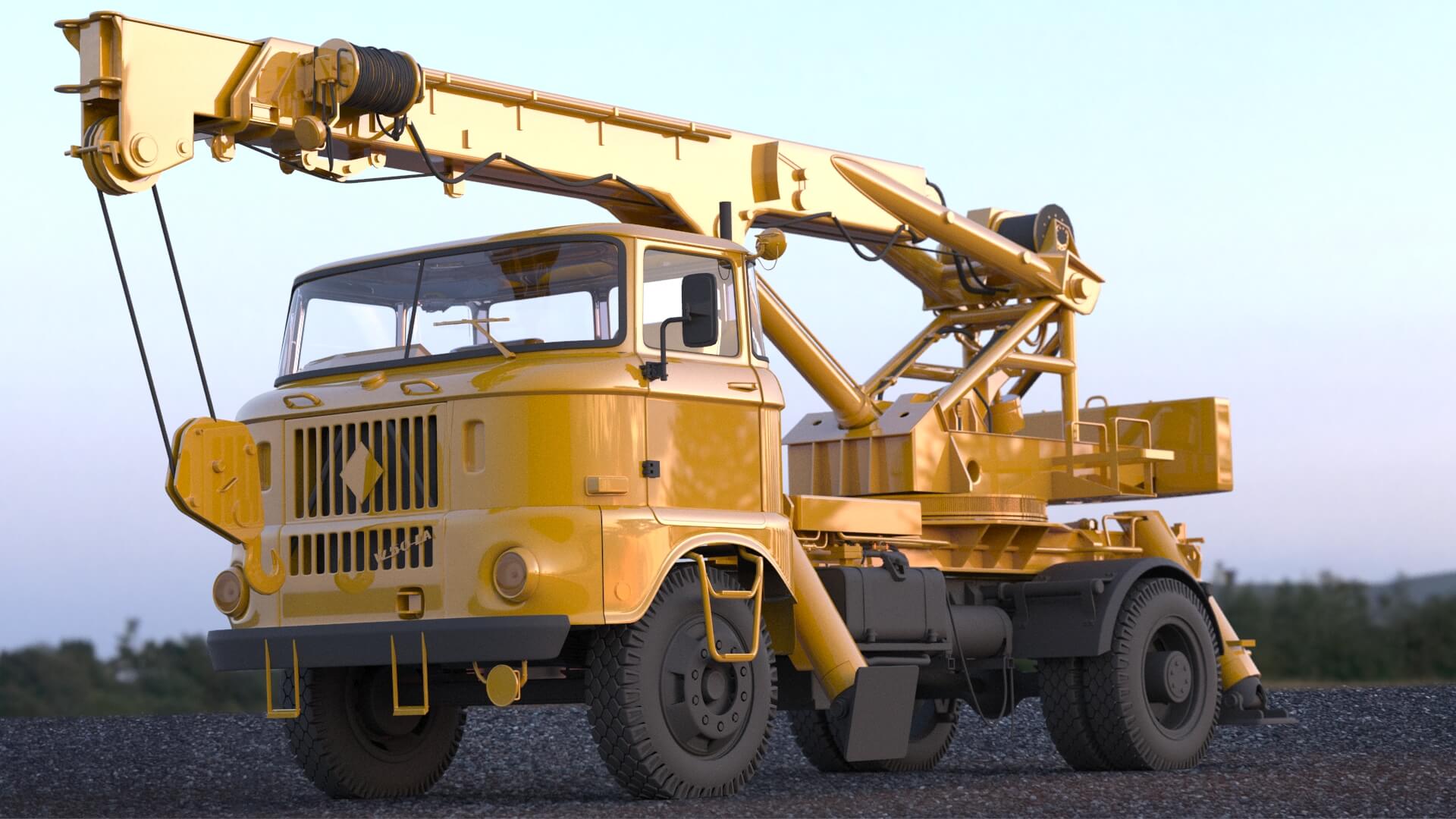 Scene was filled with various asserts. I placed them into three layers (back, middle and foreground)to create depth in the image, which support a little story, when small village has had to change within a few years into one huge public house area. We don't know if the last of the house Mahicans will survive until next morning. 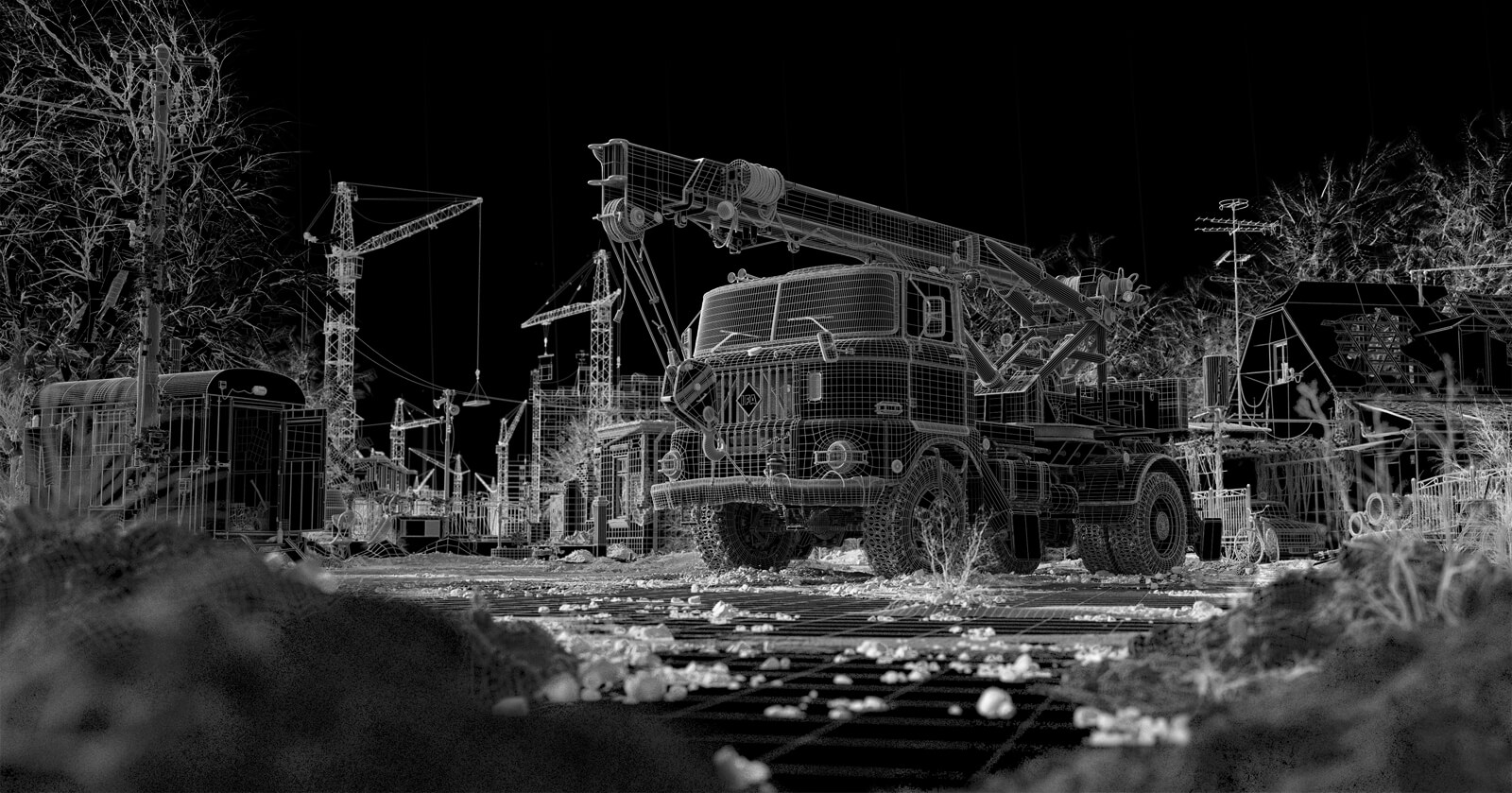 To promote this idea i wanted to have a lot of mud in this image. Mud at the ground was created via Vray Displacement modifier with custom texture created from a photo. Ground is covered with a lot of small lumps of soil most of them were hand positioned. Also truck tires are covered with mud, again with using of Vray Displacement modifier and masked with painted black and white mask. I also placed manually some stones on the tires to add some fine details.

CGS:In what ways did your shading process vary between IFA and the Horehronec image, and what prompted the adjustment of techniques?

MH: In IFA project I tried to simulate autumn morning atmosphere. I used simple Vray sun + Vray sky supported with Vray Environment Fog. I started the Vray RT render, and tried different lighting scenarios. I ended with the sun positioned just above the horizon. It caste long shadows and tinted the image into nice yellow-orange tone.

In Horehronec project i wanted to create a romantic spring atmosphere after sunset. It is called a blue hour, with right amount of natural blue sky color and artificial yellow color. In this case I used IBL lighting with dusk HDRI + a lot of vray lights. Fog in the background was created in this case with Vray aerial perspective fog type, which was controlled by turned off vray sun.

CGS: Awesome! And what was your process on creating the foliage on the ground plane and the trees?

MH: Various ground foliage was created in 3dsmax based on my photo references. I created also various chipped wood elements, dry grass, dead foliage to create nice diversity. Most of the trees were created with Speedtree. SpeedTree is very fast and give you ability to create a beautiful and detailed trees. I like to create custom trees, because in reality you will find that most old trees are about 20-25m (or more) tall and most trees you can find in various collections are about 10-15m tall. You have to scale them and this approach gives you unnatural large leaves on the trees. 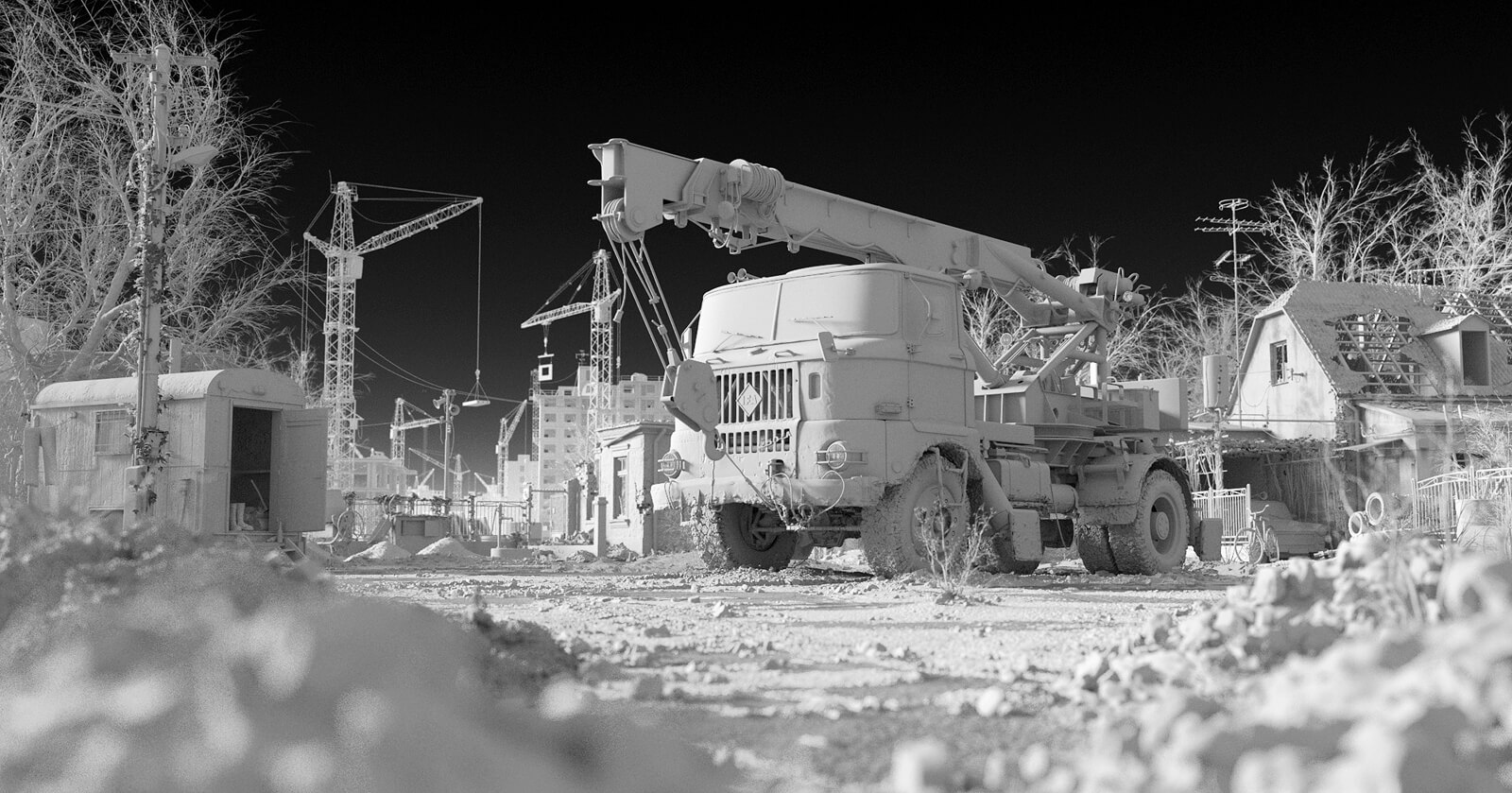 CGS:And lastly, what are some key factors an artist should consider when trying to create their own realistic 3D shading work? Also, are there any resources you can call out as a learning tool?

MH:It is a pretty simple and classic rule: you need observe the world around you. Don't try to reproduce another CG work, but try to mimic what you like in a real life, does not matter if it is mud puddle an old rusty pipe or a god-rays through a tree crown. In this time there is also a pretty much of great tutorial about 3D around web.
It is also great to create a personal resource folder. You will find always a lot of nice references on web, but not always from different angles and with good resolution.

Don't forget to carry a camera with you, and take a shot of everything what you like. Sometimes you will look like a crazy, taking shots of garbage or rotten leaves. And you will end with a gigabytes of reference image or footage. You will have a lot of ideas of what to create in 3D and if you're lucky, you will have also time to recreate your concepts in new personal projects :))

I want to thank to CGSociety for opportunity to talk a bit about my projects. Hope you will find at lease something interesting in my entry! 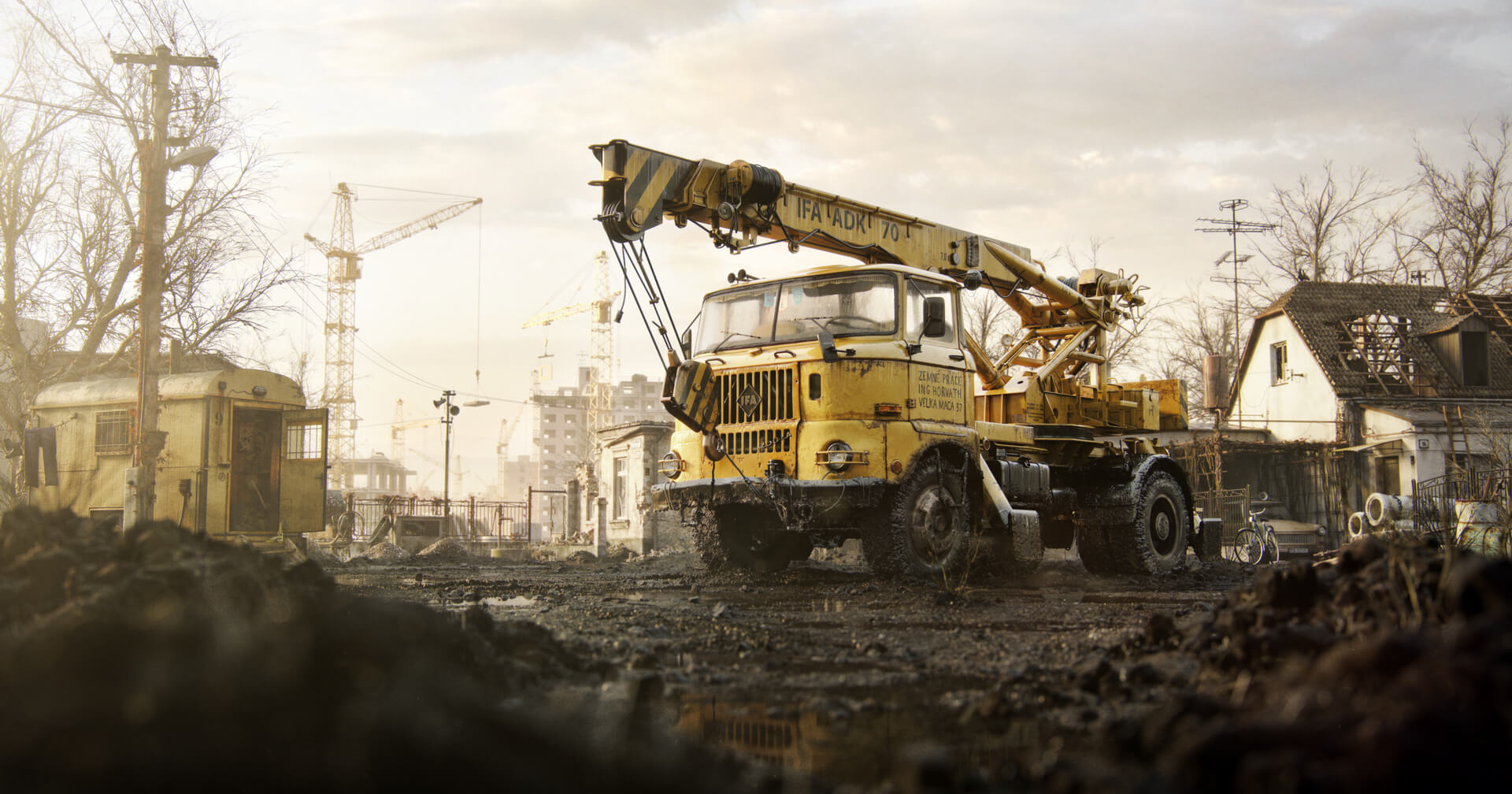 CGS:We also would like to thank Marcel for taking the time out to give share his knowledge with us! We hope this inspires everyone to become better 3D artists and we wish Marcel the very best in all of his next endeavors!

The article comes from  cgsociety